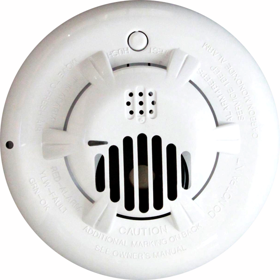 Carbon Monoxide (CO) is a colorless, odorless, and tasteless flammable gas, and can cause sudden illness and death. Make sure your customers have the best protection against this threat by including the 2GIG® CO8e (encrypted) or CO8 (non-encrypted) in your installation.

The 2GIG CO8/CO8e is a wireless carbon monoxide detector. Consisting of an electrochemical carbon monoxide sensor assembly coupled to a wireless transmitter, the detector communicates with the security panel and can send alarm, tamper and battery condition messages.